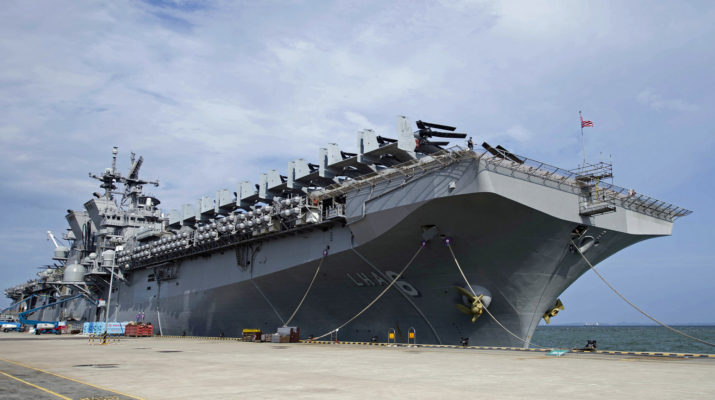 The Pentagon is reportedly considering a plan that would allow the US military to conduct air strikes on Islamic State of Iraq and Syria (ISIS) militants in the Philippines. Defense officials told NBC News that the authority to strike ISIS targets as part of collective self-defense could be granted as part of an official military operation that may be forged as early as this week. The strikes would likely be conducted by armed drones. In Indonesia, the National Counter-Terrorism Agency (BNPT) said young radicals continue to be drawn to the southern Philippines, where fighting in Marawi is now in its third month.

Speaking at an event in Jakarta on August 7, Adm. Harry B. Harris, the commander of the Hawaii-based US Pacific Command, said Marawi should be a wake-up call for every nation in the region and multinational collaboration is needed. Authorities in maritime Southeast Asia do seem to agree with Harris’ threat assessment, but not on what to do about it. It is clear that someone will have to do something, but while the US military is willing and able to provide much-needed help in the Philippines, there are some serious risks involved.

Both in the Philippines and beyond, scaling up US operations would be seen as a major development. Greater and more direct involvement in fighting Islamist extremists in the Philippines could do serious damage to the reputation of the US in the region if things do not go as planned and, as in the Middle East, there are civilian casualties to stir sentiment. Islamist groups remain critical of US foreign policy and continue to portray the War on Terror as a War on Islam. While Barack Obama’s leadership appears to have had a very positive impact on Indonesians’ overall perception of America, this will change if US military operations in the region are seen as anti-Islam.

This article was first published for clients of Concord Review on August 9, 2017. Free trial subscriptions are available.